IWR is proud to announce and offer a limited continuation and faithful recreation of the unique IWR Lotus Elan Le Mans Coupé. Eligible for a range of international historic racing categories.

The IWR Elan Coupé, with its unique aerodynamic bodywork was originally designed and built by IWR to race in the Thermal Efficiency Index Class for the 1964 Le Mans race. On its first outing before Le Mans, the car was entered for the Montlhery GT race with Sir Jackie Stewart at the helm.

The Coupé’s race debut was as good as anyone dared, with Stewart putting the Coupé on the front row, and netted the team a class win and 4th overall. The next race at the Nurburgring 1000kms was a different story, unfortunately the car suffered substantial damages in practise driven by Mike Spence, and subsequently never made it to Le Mans in time….That’s racing for you!

With full access to the original car, meticulous studies and full accurate 3D scans have allowed the beautiful and sleek bespoke aluminium body, penned by Ian Walker himself, and built by fabled Williams & Pritchard, is once again being faithfully created in England by skilled craftsmen.

Every single component throughout the car is new and of the highest quality.This also includes a fully FIA Homologated roll cage. 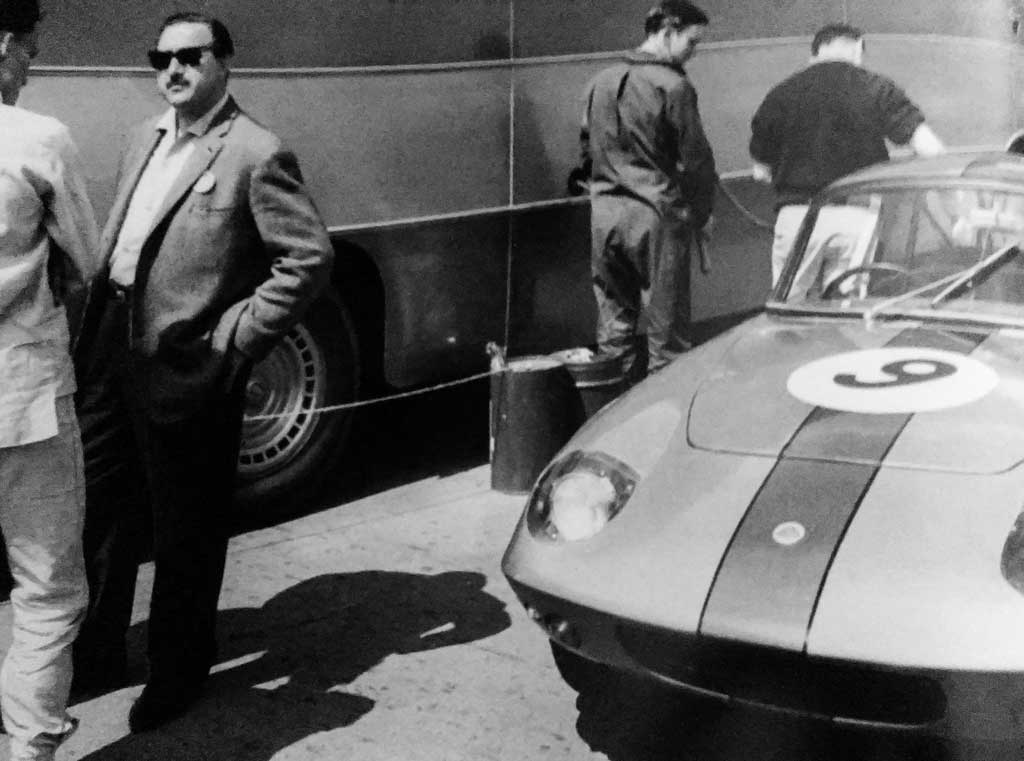 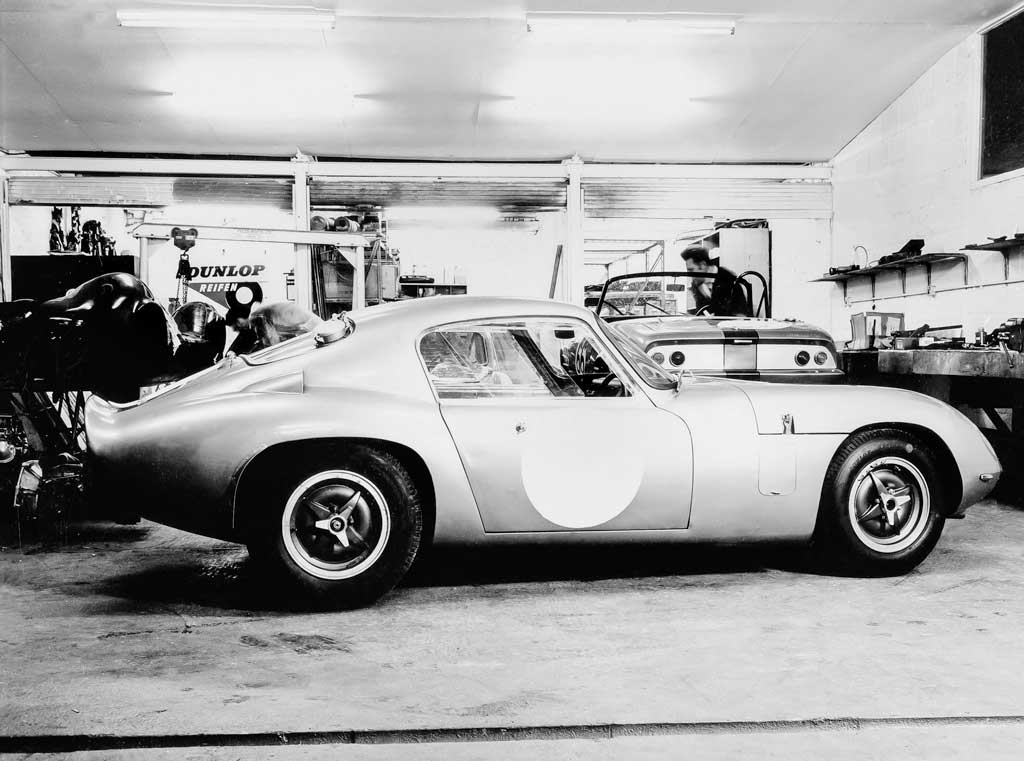 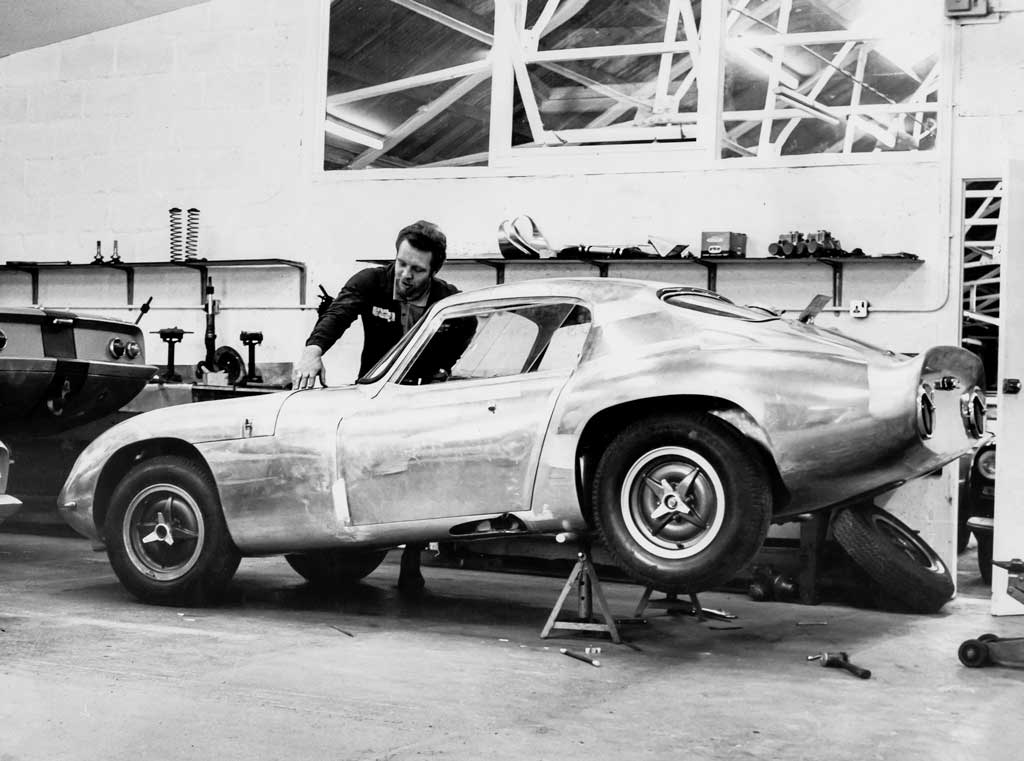 The history of Ian Walker Racing

Ian Walker [first picture above] and Ian Walker Racing were prominent names in motor racing in the 1960s alongside that of Colin Chapman and Lotus, with whom he enjoyed a great friendship. Ian Walker embraced almost all forms of post-war motorsport, from rallying to racing, from driver to team manager, from car manufacturer to car dealer, all achieved in just ten years.

Ian Walker Racing (IWR) was always intrinsically associated with Lotus; Walker's success as a racing driver tended to be with this marque, and that symbiotic relationship continued when Walker retired as a driver, and when he formed IWR and became a team owner. His exceptionally high standards of preparation and presentation saw Ian Walker Racing universally recognised as the Lotus 'B' team. Consequently he would provide drives for three future world champions, Jim Clarke, Graham Hill, Sir Jackie Stewart, along with a host of other talented drivers including Mike Spence and Paul Hawkins.

In 1964 IWR went completely Lotus with some assistance from the works in the form of technical advice. The original basis for the car, which was specifically designed for long distance racing and in particular the 1964 Le Mans 24 hour race, was a Works Type 26R chassis complete with all the then available optional, modified lightweight suspension and drive train components.

At the time IWR was such a good client to Lotus that the chassis plate, which still remains on the car was stamped, Unit Number IWR. The all aluminium body was fabricated by Williams & Prichard who still had many of the former's used to dolly the panels around. The car was built by John Pledger, IWR Chief Mechanic

Ian Walker - The Man and his Cars book 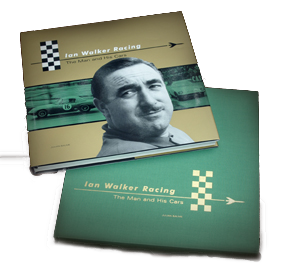 A beautifully detailed and presented book about Ian Walker and IWR by Coterie Press is available on line here for further reading.

What the Press Say

This history of what was a relatively shortlived race team looks fantastic, with a wealth of evocative images and ephemera. Yet it's the words that matter, and the author recounts in detail how Colin Chapman's great mate found fame as both a driver and a team owner, and how his IWR squad set the bar for presentation and preparation. As good to read as it is to look at.

This sumptuous tome with its Sixties-style slipcase details the life and work of privateer rallyist, racer and car dealer Ian Walker in great depth. It's both an exhaustive chronicle and a beautiful object. 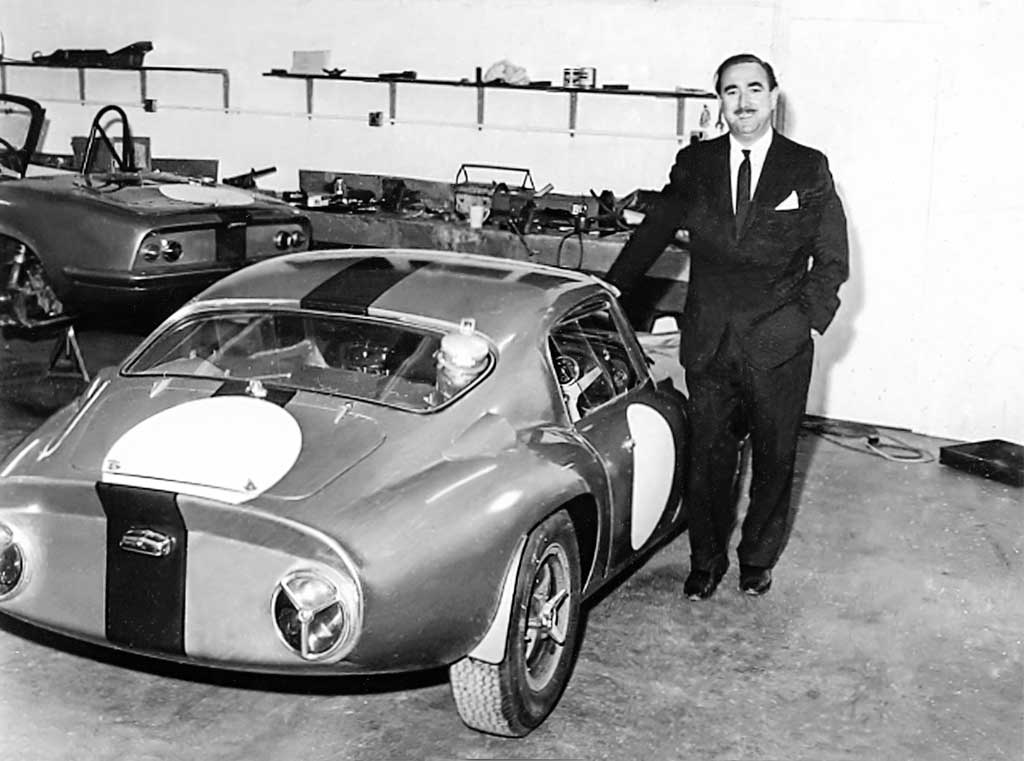 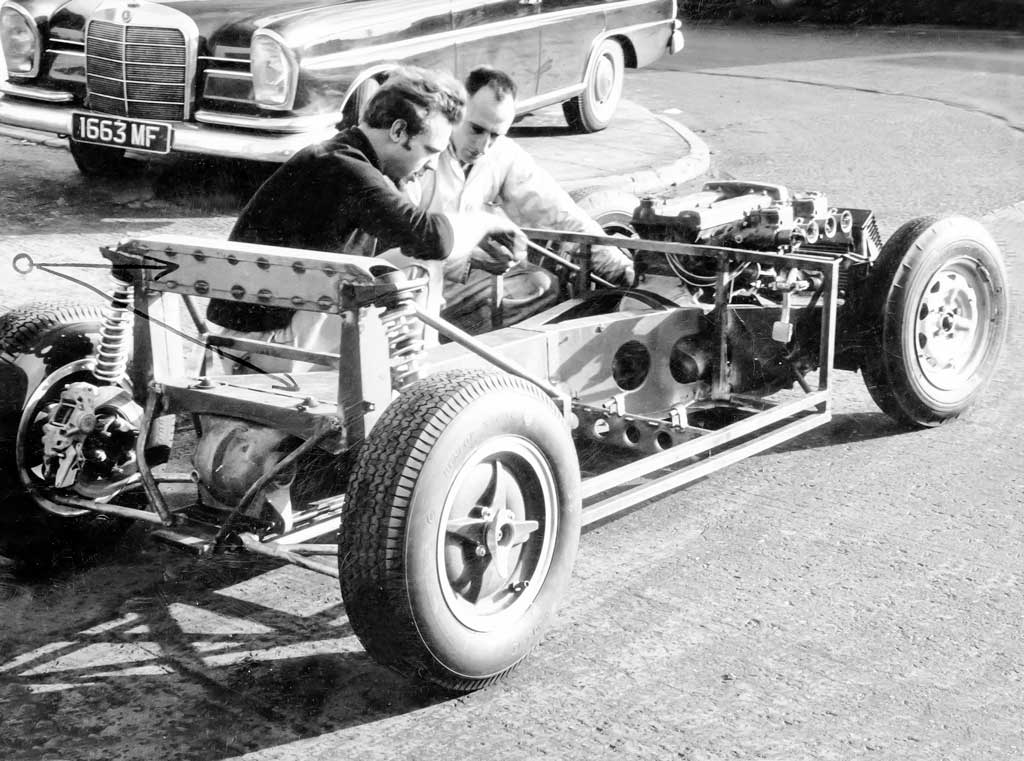 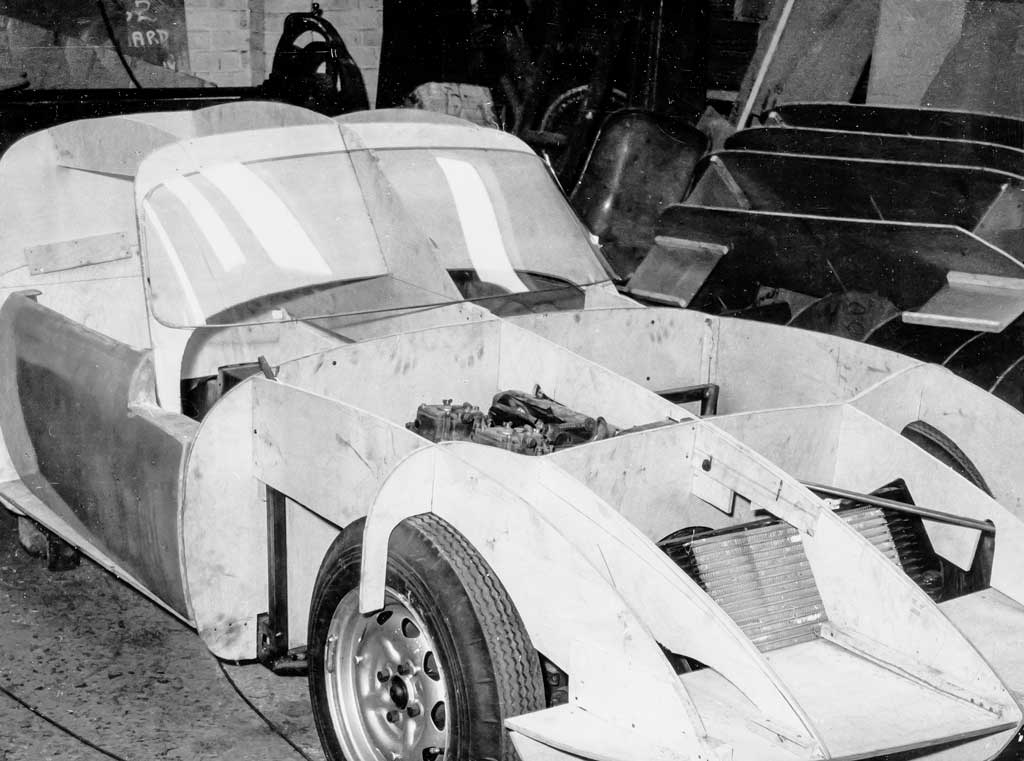 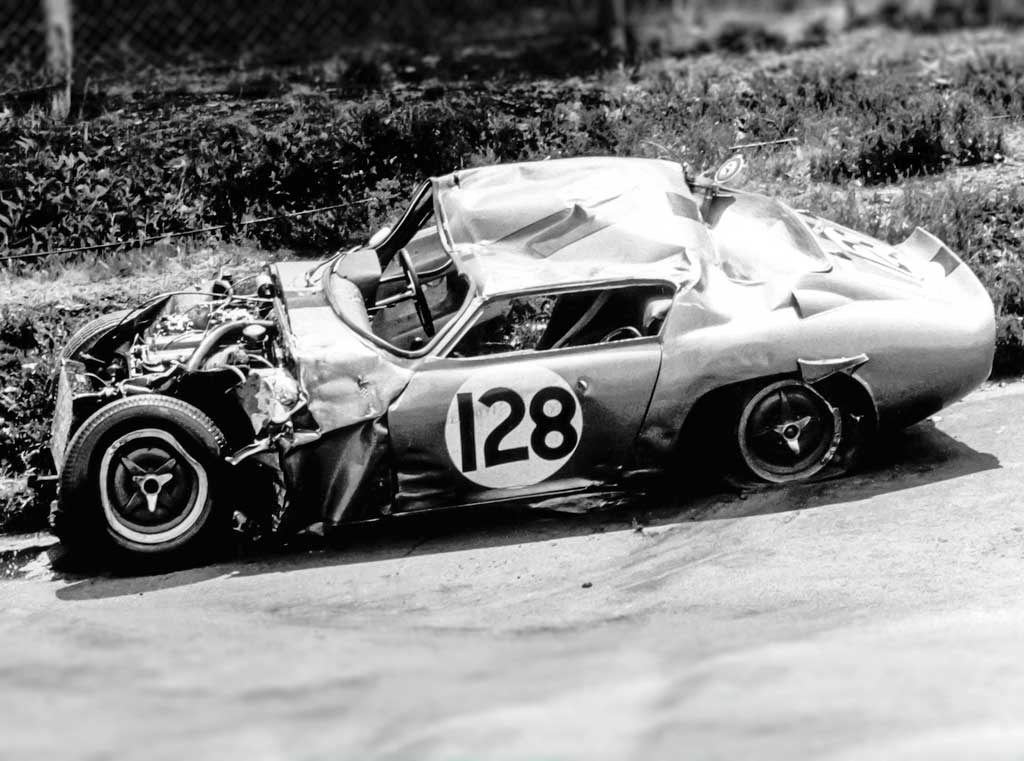